Kansai Karate Academy was established in 1993 in Queensland and is one of the leading martial arts organisations in the state, operating 5 studios across Brisbane and the Gold Coast. Kansai Karate Gold Coast, at Upper Coomera, is the local dojo (school) for the Gold Coast region under the instruction of Sensei Michael Hunt (4th dan black belt). Sensei Michael has over 25 years experience in Shito-ryu Shukokai Karate and trains regularly with Sensei Stephen Kelly (7th dan black belt, Kyoshi) and senior Shukokai instructors from Japan.

Kansai Karate Gold Coast focuses on teaching traditional martial arts in a family-friendly environment, looking to develop well rounded students. With a variety of martial arts programs tailored to differing age groups starting from 3 years of age all the way to adults. We provide a place for our students to learn self defence, build confidence, learn discipline and respect while having fun and improving their fitness and overall well being.

"We have a passioin for learning and teaching Karate"

Kansai Karate is the name of our Karate School we do a style of traditional karate called Shito-ryu Shukokai. Shukokai Karate was found by Chojiro Tani who studied under Sensei Kenwa Mabuni (Shito-ryu) after studying Goju-ryu karate in high school. Sensei Tani founded the Shukokai Dojo in 1948.

Sensei Tani sought to perfect his style by studying the mechanics of the human body and developed techniques which can be delivered with maximum efficiency. Over a long period of time Sensei Tani evolved and developed Shukokai. He always laid stress on the importance of etiquette, discipline and mental control and was at pains constantly to promote the improvement of technique. 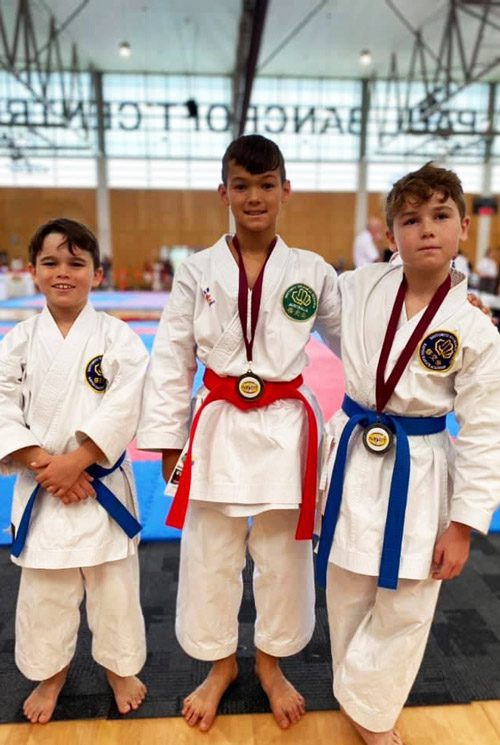 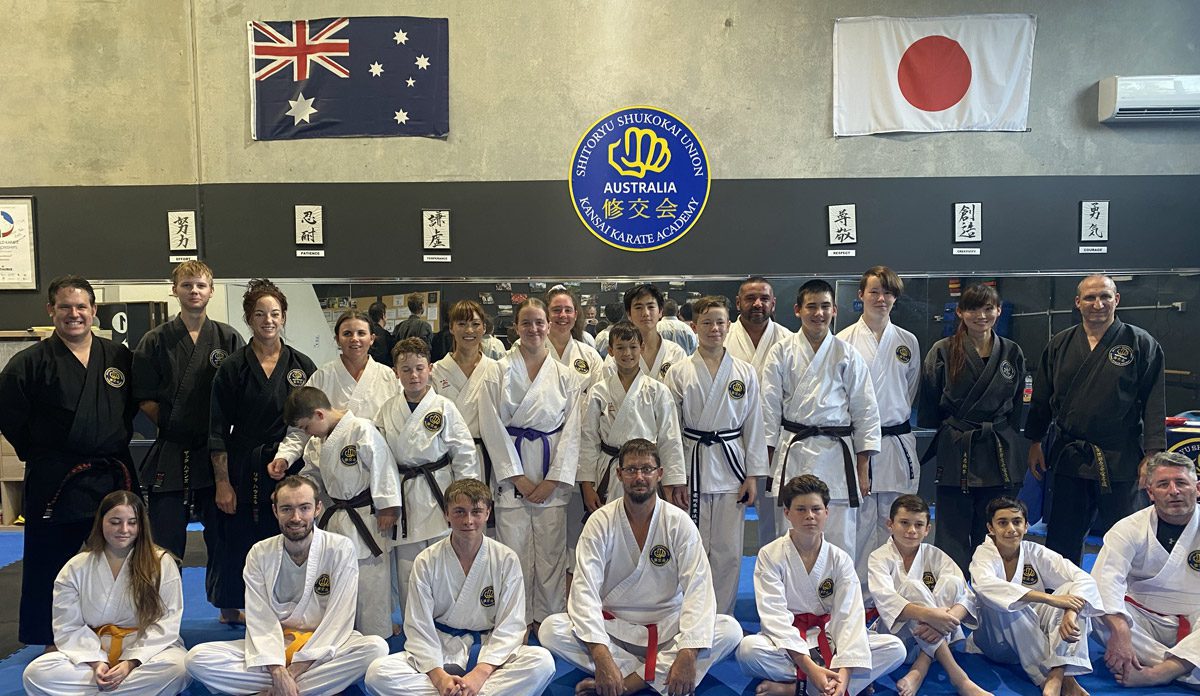 Being a direct descendent of Shito-Ryu, Shukokai inherits the characteristics of both the Naha-te and Shuri-te styles of Okinawan Karate. Kenwa Mabuni merged the techniques and principles of the styles he learned from his teachers Kanryu Higaonna, and Anko Itosu to form his Shito-Ryu style of Karate. As such, Shukokai combines the circular breathing techniques from Naha-te and the quick linear movements of the Shuri-te styles.

Sensei Michael Hunt (4th Dan Black Belt) has been studying under Sensei Stephen for over 25 years and has travelled to Japan on several occasions to learn from Kazuo Ishitobi Hanshi, and other Senior Shito-ryu Shukokai Karate Union instructors.

with our 4 Week Starter Program

Try Kansai Karate Gold Coast for 4 weeks, as many classes as you like, and receive a uniform as well.